We had a movie themed birthday party for my oldest daughter several years back {see this post for the party details!} and in keeping with the theme, I made these fun popcorn cupcakes. Usually when I make something cutsie like this it doesn’t turn out as well as I’d hoped but these cupcakes ended up being easier and cuter than I’d anticipated so I thought I’d share how to make them. (post includes affiliate links – full disclosure statement available {here}) 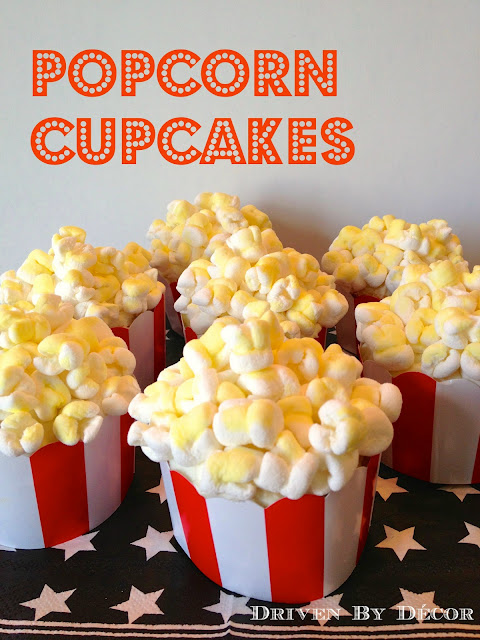 Once I got the hang of it, I was whipping out pieces of popcorn pretty quickly.  Since I only needed to make seven cupcakes, it was very doable and took me only about 30 minutes to transform my mini marshmallows but if you’re making a few dozen cupcakes be prepared for it to take some time!

I baked the cupcakes with paper wrappers but then wrapped fun red and white striped wrappers over top, using red and white striped favor boxes such as {these}. Using my paper cutter (scissors would also work just fine) I cut off the top 1 ⅝″ of each treat box, reserving the bottom portion for our candy concession stand. 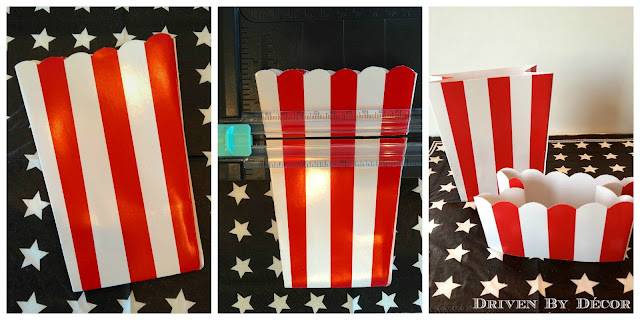 I opened up my soon-to-be wrapper at the seam, wrapped it snuggly around a cupcake that had been topped with white icing, cut off the excess wrapper, and used a small piece of clear tape to connect the two sides and hold the wrapper in place. A word of warning – the oil from the cupcakes and icing will eventually seep through the wrapper and leave clear circular spots so wait until the day of the party to wrap your cupcakes if you want them looking their best! 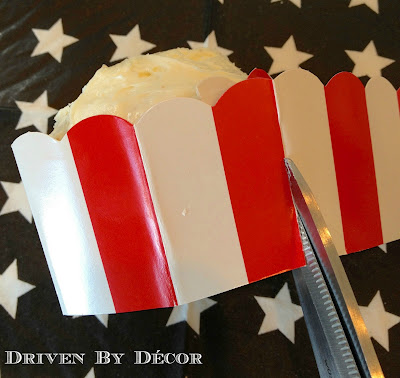 Next, pile on the marshmallow popcorn (I used about 30 mini marshmallows per cupcake), lightly pressing the popcorn into the icing so that it stays put. 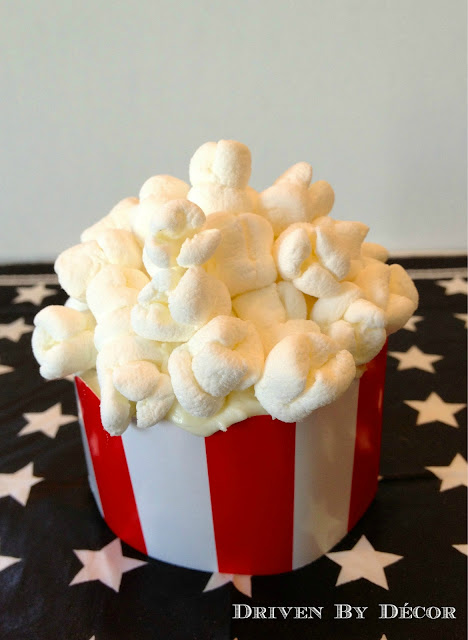 To make the popcorn look buttered, simply dilute one or two drops of yellow food coloring in water and brush it on top of the popcorn: 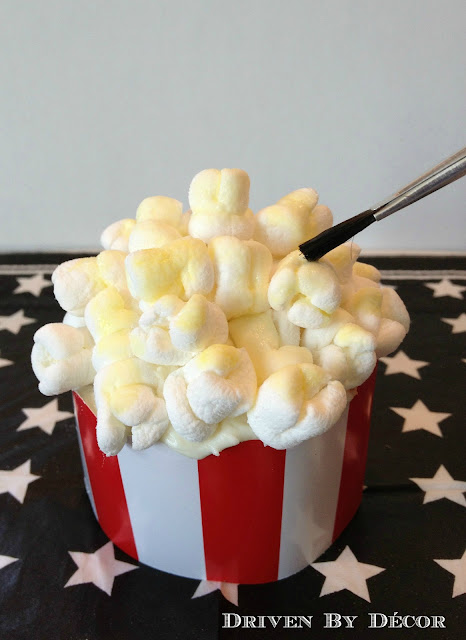 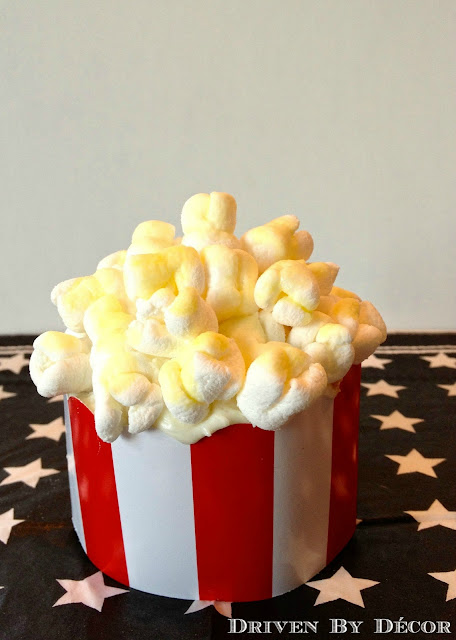 My daughter loved them and thought they were pretty tasty too (I’ve got to give thanks to Betty Crocker for that part…). Enjoy!